Over the summer, police officers were involved in a dance off contest across the web, so we know they can sometimes give us quite the surprise. They’ve been known for having plenty of tricks up their sleeves.

They sometimes hand out gifts at Christmas time and deliver meals around Thanksgiving, but for one police officer, he had something else to share with the public, but had no idea how much attention he would get for it.

It was just a regular day of patrolling for Officer Jeremy Turner. He was walking the city streets in Portland, Maine, and decided to sing a few Christmas carols to pass the time. Christmas lights were twinkling around him and a bit of snow was falling, setting the perfect mood for a few songs. He had no idea that people were watching and recording him. 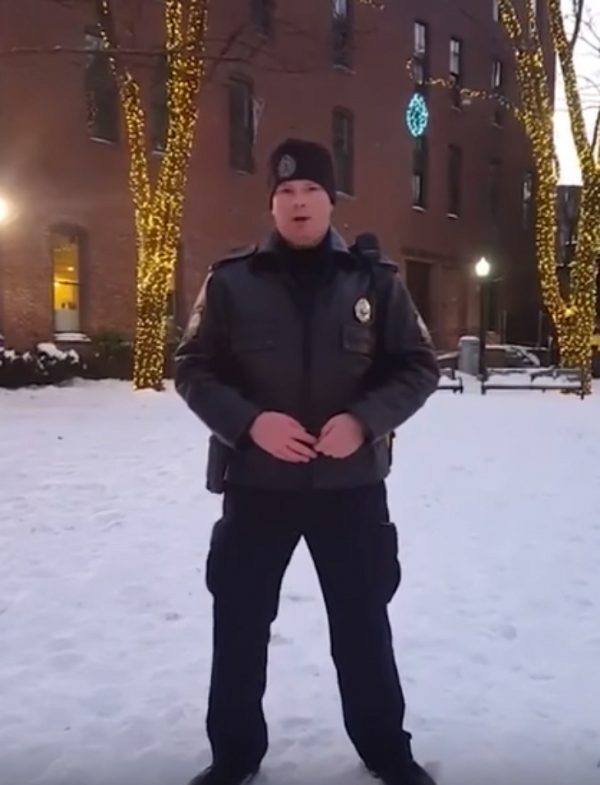 Turner told a local news station that he was just walking his regular beat and began singing “O Holy Night” when a crowd started to form around him. He thought about being quiet, but decided against that. Instead, he continued with his patrol and began to sing even louder to share the Christmas cheer. That’s when people began recording his impromptu performance with their cell phones.

Officer Turner has such an amazing voice that the video has gone viral, although he is still a bit shy about accepting praise for his voice. His boss, Police Chief Michael Sauschuck says what Turner did is the perfect way to humanize police officers.

He explained that in today’s age, people are nervous about being around the police, and it’s wonderful to see an officer sharing his love for the holidays and a gentler, more human side.

Although the public may not be familiar with Turner’s voice, his fellow police officers know his voice very well. He was even asked to sing the National Anthem during his graduation from the police academy.