Airman Sneaks Off Base To Surprise Family For Christmas

Christmas can be a difficult time for military families, as they often find themselves separated from their loved ones on a day when families typically want to be together. That’s what makes videos like this one so heartwarming!

Mike Ciuffoletti is an airman who managed to sneak off base and surprise his family at their home for Christmas! 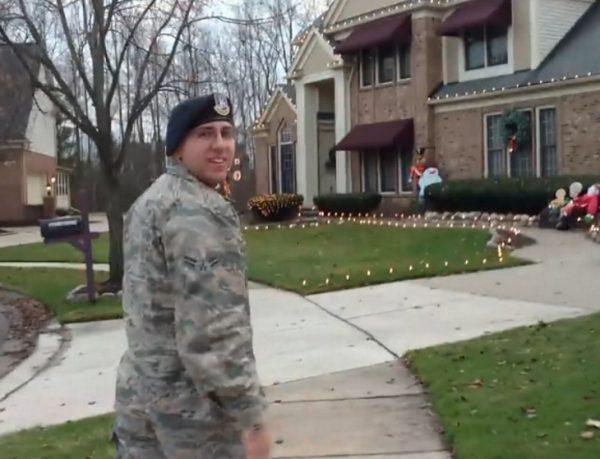 Mike’s family was devastated when they learned that he would not be home for Christmas, but they decided to move forward with their holiday celebration anyway. They had no idea that Mike was using the stealth skills that he had learned in boot camp to plan a surprise ambush on his family. Imagine their surprise when Mike appeared in their home out of nowhere! 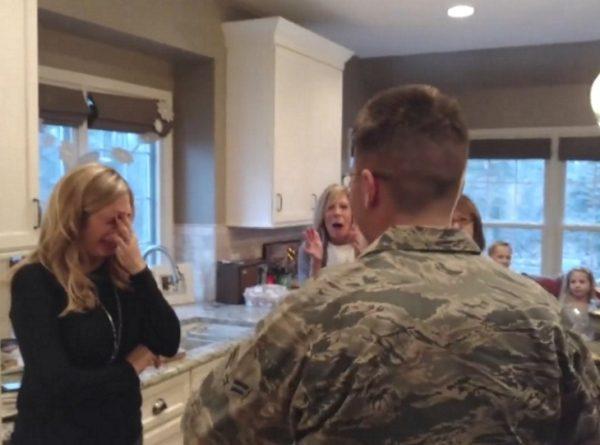 As his best friend Clark filmed him, Mike walked into the home with a cheeky grin on his face. He casually walked into the kitchen, where his family was preparing their Christmas dinner. They immediately screamed and began to cry with joy when they saw Mike! 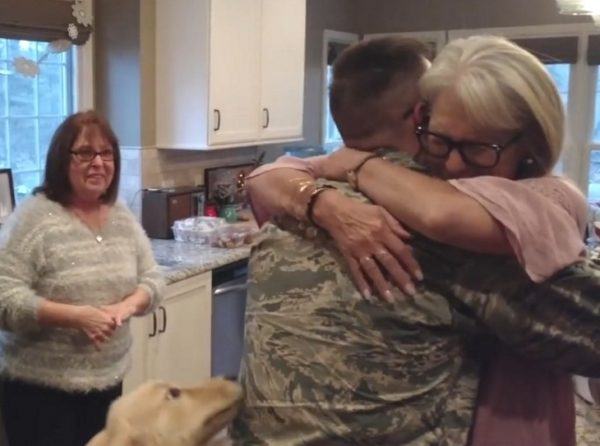 Mike’s father was outside at the time, so one of his female relatives went to the door and screamed for him to “get in here.” The hug that Mike and his dad then share is an emotional one, and it’s clear the two share a very strong bond.

The video of the surprise has gone mega-viral, being viewed over four million times!

“You are a hero and you deserve such grand welcome from our family. salute and respects,” one social media user wrote, with another adding, “His moment with his dad made me cry.”

“That was so awesome, even the dog was excited to see him,” a third user wrote.

Check out the emotional reunion for yourself below!