It’s not unusual for mail carriers and delivery people to come across an aggressive dog. Seeing a “Beware of Dog” sign posted will really get their attention for obvious reasons.

So when mail carrier Dan Targonsk was making his rounds one day, he came upon a Boxer tied to a tree. His first thought was that maybe the Boxer was so out of control that he couldn’t even stay in his yard or in the house.

But as Dan got closer, he realized this Boxer wasn’t a menace or a threat at all. It appeared to have been severely abused and could barely even stand up. It was malnourished and dirty and sitting in the sun without food or water. 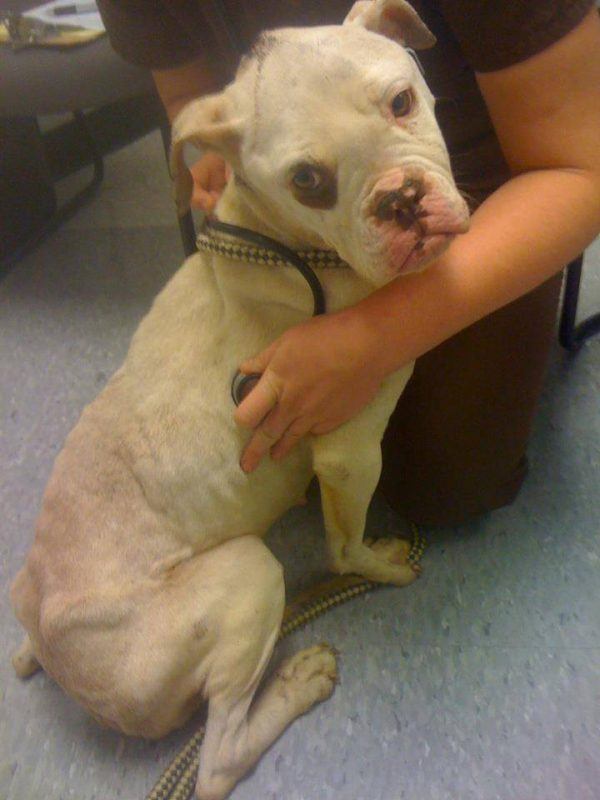 Instead of ignoring the dog and continuing on his route, Dan stopped to help. He grabbed some water for the dog and then made a phone call to Adopt a Boxer Rescue to report the poor dog. Then he notified his boss that he would be staying by the dog until rescue workers arrived.

The dog, who was later named Kuperus, was taken to the rescue and found to be in much worse shape than it appeared. She had a large wound on her head caused by a bullet or knife. She had also been hit in the head and her jaw was broken.

Despite the torture she had endured, she was a sweet and loving dog in the hands of her new caregivers. With some tender loving care, she became a new dog who craves attention and just wants to be cuddled. 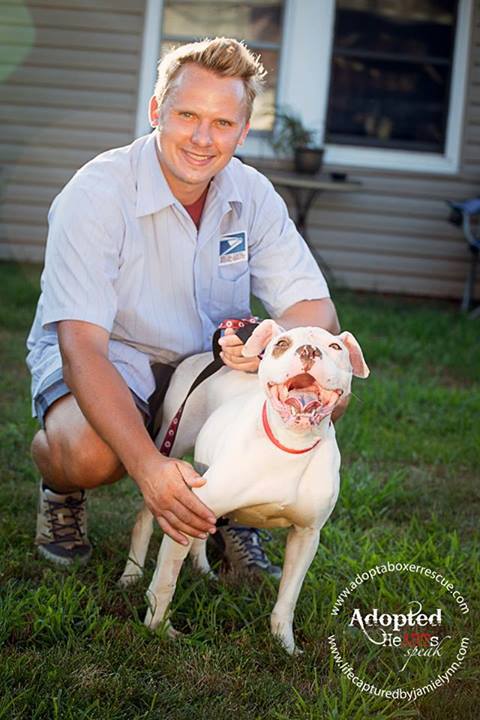 Not surprisingly, everyone fell in love with her. Dan even continued to visit her regularly while she was healing. But it was her very own surgeon, Dr. Jennings, who felt the most drawn to the dog. After she was ready for adoption, Kuperus went home with him.

How awesome is that? Be sure to share this heartwarming story with your family and friends. Everyone loves a story with a happy ending!