Michelle is a wheelchair-bound woman who was waiting for a Houston METRO Lift to pick her up in downtown Houston when she had an experience that she would never forget.

As someone who is confined to a wheelchair, Michelle faces many unique challenges in her daily life. When she saw a man approaching her as she waited for the METRO, she was a bit nervous at first, as she did not know what his intentions were.

Louis Jordan was downtown to pick up his mother from work when he noticed Michelle waiting in the heat, and he immediately felt bad for her. He decided he needed to help her, so he grabbed an umbrella and walked over to her.

“It was unbearably hot. I wouldn’t want to be out there in the sun,” he said. 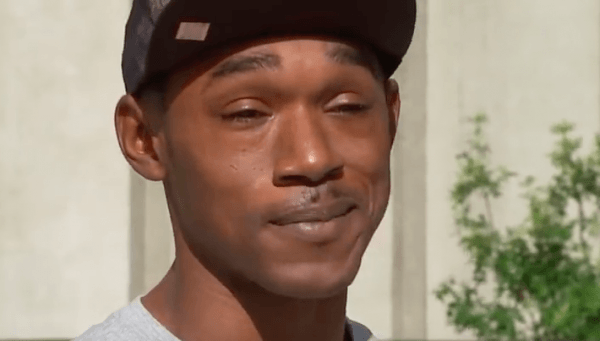 Louis proceeded to stand over Michelle with his umbrella to shield her from the heat. They then learned that the METRO Lift wouldn’t be coming for an hour and 45 minutes, and though Louis had other things he’d planned to do that day, he waited with Michelle the entire time like a true gentleman.

As they waited together, Louis and Michelle got to know each other, talking about her book club and sharing jokes with each other. Police officers even approached Louis and praised him for helping Michelle out. 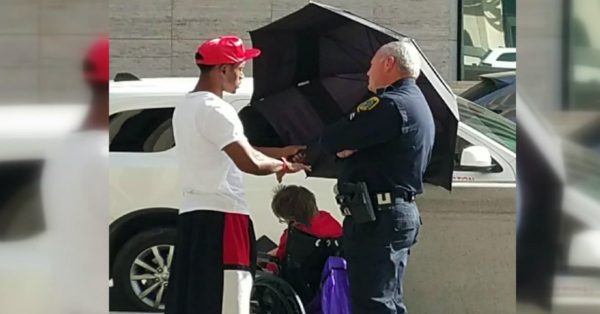 Louis’ mother Bernette Botts said that he has helped many people like Michelle in the past, explaining that he once rescued his grandmother when she was trapped during Hurricane Harvey.

“I’m a proud mama,” Bernette said. “She was trapped inside, four feet of water, no power. He called me back from my mom’s and said, ‘I got her.’” 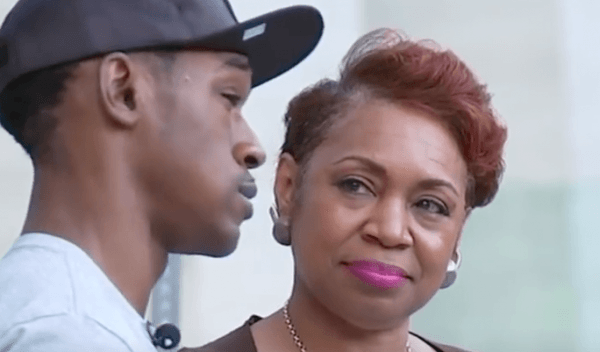 This story has gone viral, with people all over the world praising Louis for his actions.

“These two were meant to meet,” one social media user wrote. “God gives us what we need even when we don’t know what we need. Both of them got an unexpected friendship from a simple act of kindness. Bless them both.”

“She should be proud of him. That a great man! Nice to see some good news. This is what the news should focus on,” another added, with a third writing, “This is the kind of news I want to see! Stop with nothing but gloom and doom, the sky is falling stuff!”

Find out more about this story in the video below, and SHARE this story so your friends and family can see this as well!