Everyone loves a good farmer’s market, and the Downtown Farmer’s Market at Pioneer Park in Salt Lake City has one of the best. But what would a farmer’s market be without having a fortune teller somewhere in the midst?

Well, that’s where the “old coots” come in. While they don’t claim to predict the future, they say they are very good at giving away advice. Tony Caputo is a bit of a leader in the group, and he says they’ll answer anything, absolutely any question you want to ask.

“The more outlandish the answers are that we give, the more often they come back to talk,” he says. They hand out everything from relationship advice to whether Superman or Batman would win in a fight. 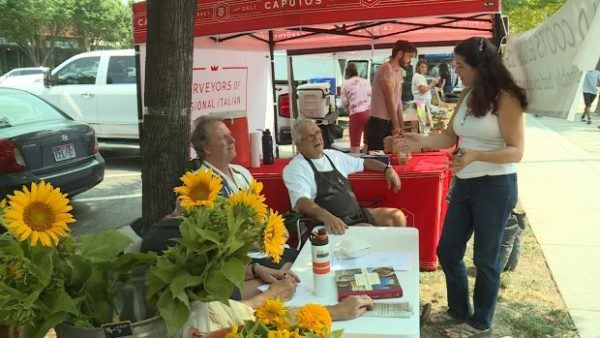 Some of Caputo’s fellow “coots” are Gus Wheeler, a retired teacher; Dr. Louis Borgenicht, a retired pediatrician; and John Lesnan, who is retired from human services.

Caputo says they always tell people that they’re not really qualified for anything. Like the banner says, “It’s probably bad advice.” But Caputo asks, who really is qualified to give advice? Dear Abbey wasn’t qualified and she spent years dishing out advice and getting paid for her weekly column. 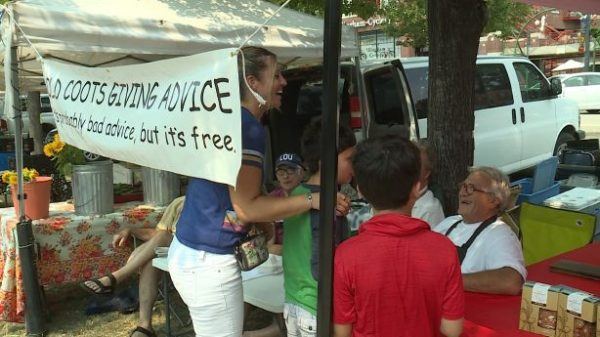 The booth actually started at Caputo’s store across the street from the park. They called it the News Roundup and did it for some 15 years. Then they decided it would be more fun at the park so they moved it across the street.

The group says that even though not every one stops to ask a question, nearly everyone will at least stop and look and snap a few pictures. But the men say they have a lot of fun having their booth in the park. 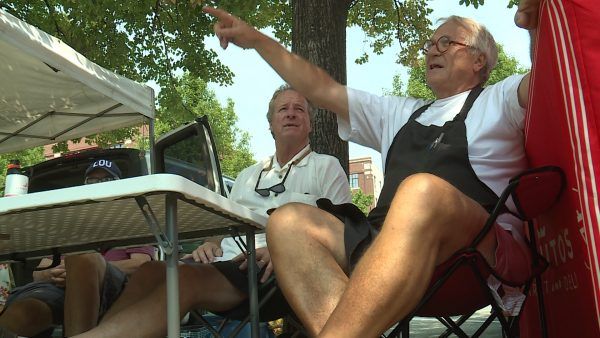 Caputo did have one piece of advice that he likes to share often, “Don’t go searching for happiness because you’ll likely step right over it.”

How many men do you know that would be great at this “job” when they retire? I sure know a few. Be sure to share this story with your family and friends. Maybe we can start an “old coots” movement.