Estella Havisham is a mother who wrote a letter to her 13 year-old son Aaron that has since gone viral.

Estella’s teenage son started to believe that he was old enough to make his own rules, so she wrote the letter to set him straight. In her letter, Estella let Aaron know that he faces “greater consequences” for treating his mom like a “doormat.” 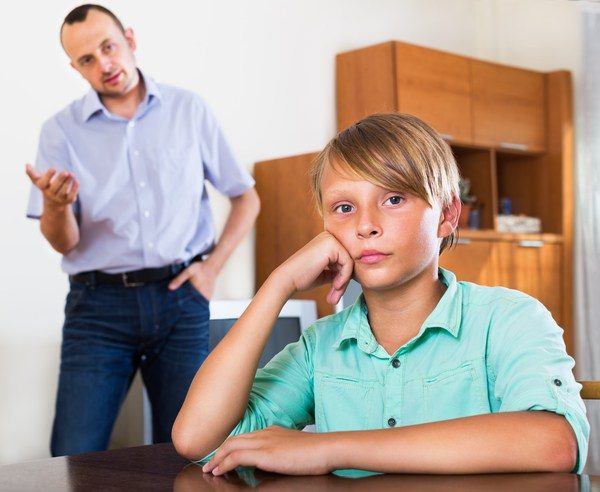 The fed-up mother informed Aaron that if he keeps acting like he can make his own rules, she’ll just start giving him more responsibilities. She explained that she will make him foot the bill for his share of the rent, food, and any “maid service” she provided. 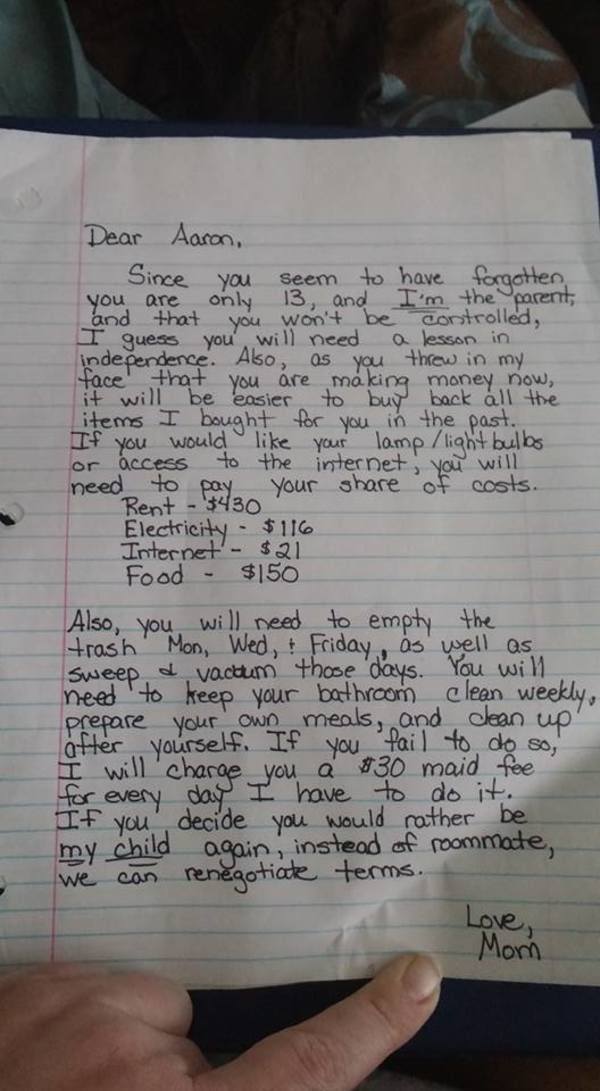 Here’s an excerpt from her letter:

Since you seem to have forgotten that you are only 13 and I’m the parent, and that you won’t be controlled, I guess you will need to learn a lesson in independence. Also, as you threw in my face that you are making money now, it will be easier to buy back all the items I bought for you in the past. If you would like your lamp/lightbulbs or access to the internet, you will need to pay your share of costs: Rent: $430, Electricity: $116, Internet: $21, Food: $150.

Also you will need to empty the trash Mon, Wed & Friday as well as sweep and vacuum those days. You will need to keep your bathroom clean weekly, prepare your own meals and clean up after yourself. If you fail to do so I will charge you a $30 maid fee for every day I have to do it. If you decide you would rather be MY CHILD again instead of a roommate, we can negotiate terms.”

The letter has since gone viral, with parents everywhere applauding Estella for her tough love approach to parenting! Though some have said she was too tough on Aaron, Estella isn’t backing down.

“Why publicly shame him? I’m not. It was an accident,” she said in response. “I meant to post to just family and friends; and yesterday I couldn’t figure out why I had over 100 friend request. I actually thought maybe my account got hacked or something. Yes, I could take it down, but so many people have already read and seen it at this point.”

The letter ended up working, as Aaron has since agreed to a new set of rules that he will follow.

“I’m not a bully dictator trying to ‘control’ my child. I am a parent who has every RIGHT to have rules, expectations, and consequences for my child,” Estella concluded.