Birthdays are a huge time for kids, and their families often try and go all out in celebrating with them. That’s why the family of little Lexie were very busy as they prepared for her ninth birthday party. They were so busy that they did not notice something catastrophic was happening. The only person who could see what was going down was Lexie herself, but she could not tell anyone… 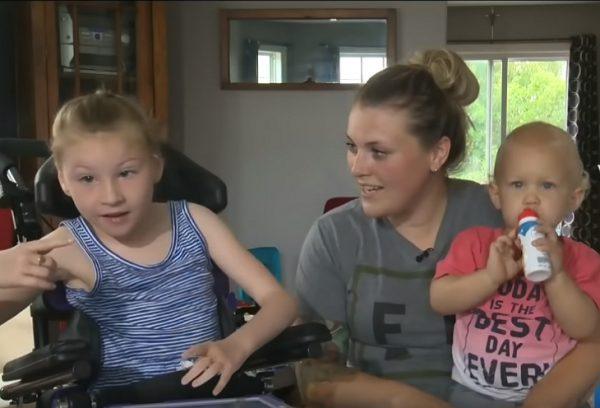 Lexie suffers from cerebral palsy, which has left her non-verbal and confined to a wheelchair. As her family prepared for her birthday party, Lexie saw her 18 month-old little brother Leeland was in harm’s way, and nobody could do anything about it except for her. 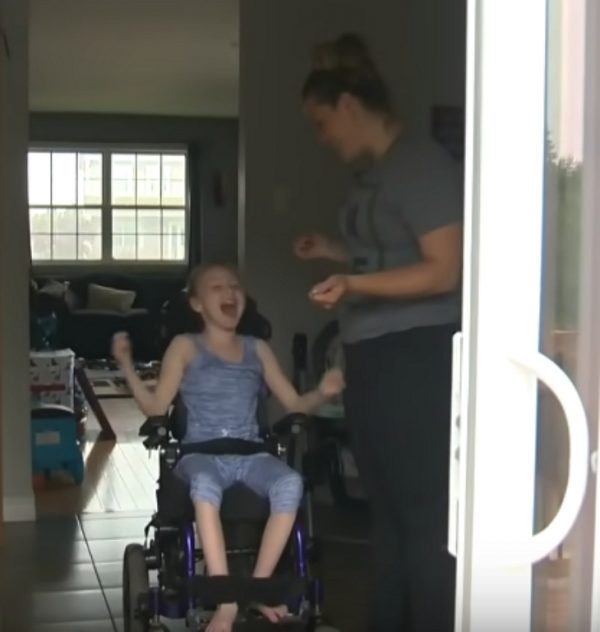 Kelly Jackson, Lexie’s mother, had just gone upstairs to change for the party and the little girl’s grandmother, Nancy Comeau-Drisdelle, brought Leeland downstairs after he woke up from his nap. Nancy proceeded to work on details of the party in the kitchen while Leeland wandered around.

It was then that Lexie saw Leeland slip out the unlocked patio door unnoticed by anyone else. Quietly closing the door behind him, Leeland headed right for the family’s swimming pool!

Since she can’t move or speak, Lexie was powerless to help her brother. Despite her disabilities, she knew she had to save her brother’s life, so Lexie mustered up all the strength she had and started shrieking to alert her family about what was happening.

“All of the sudden, I’m upstairs and I hear her screaming… We’ve never heard her scream like that,” Kelly recalled. 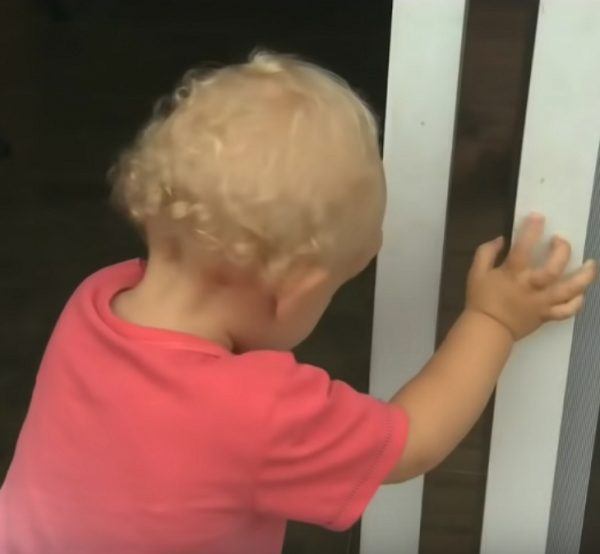 It was only when she heard Lexie screaming that Nancy realized that Leeland was gone.

“She’s yelling and she’s pointing at the door, and I realize Leeland’s not with her. I took off outside and I’m not seeing him. I ran, and he’s right by the edge (of the pool) and I took him out,” Nancy said.

Though Leeland had ingested some water, the family rescued him before he was otherwise harmed. Had Lexie not started shrieking, he almost certainly would have drowned.

“I hugged her, I cried and I still thank her every day. Because honestly, in that matter, two seconds makes a huge difference,” Kelly said.

The family has since built a fence around their pool and installed a locking gate between their home at their pool. Lexie has been hailed as a hero by her entire town and received awards from the Halifax Regional Police and her local MLA for her life-saving efforts. 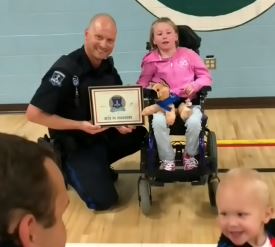 Find out more about this amazing story in the video below, and SHARE this so your friends and family can see this as well!