Willie Elder is a handyman. He works full-time at a church and part-time pouring concrete. He enjoys lots of odd jobs while his wife, Sandi, works at the North Colorado Medical Center and is running for the Board of Weld County Commissioners after spending eight years on the Greeley City Council.

Willie also likes restoring old cars. He even appeared once on a television show for turning an old car into a barbecue grill. He’s rebuilt old cars, like the 1940 Chevy Truck that he and Sandi use for their date nights.

His most recent vehicle renovation, however, has been a labor of love. He’s been working on an old rusted-out hunk of metal, or a 1965 Mustang. When Willie started on the project he knew he’d have to replace most of the car. It wouldn’t just be a restoration, it would be a complete rebuild. 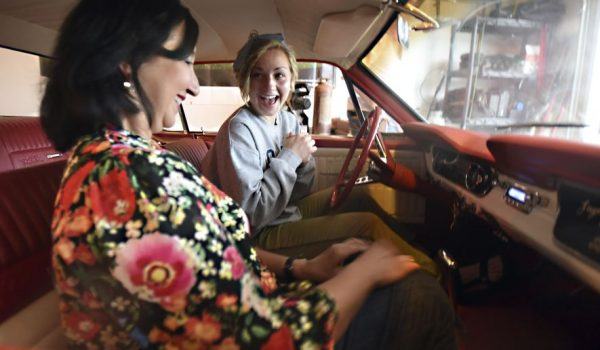 When he first saw the car, he talked it over with his wife Sandi and they had decided not to buy the car because it was just too much work. Then the seller called Willie and offered him a deal on it because he knew what Willie was wanting the car for.

It seemed like fate to him and Sandi, kind of like the day that a young girl named Layne showed up on their front porch. Layne had come to the family and offered to donate her kidney to save Sandi from a genetic condition that had her on dialysis. The young girl wanted nothing in return but friendship.

The car, was going to be a thank you gift to the girl from Willie for giving his wife back her life. That’s why for months, Willie got up early in the morning to labor away at the car. Luckily, the 1965 Mustang is the most rebuilt car, and parts are easy to find.

Although he had plenty of offers for donations for the project, Willie refused them all. He wanted to sacrifice the way that Layne had for his wife. The only help Willie had was a bit of assistance from two 80-year-old buddies who love cars. 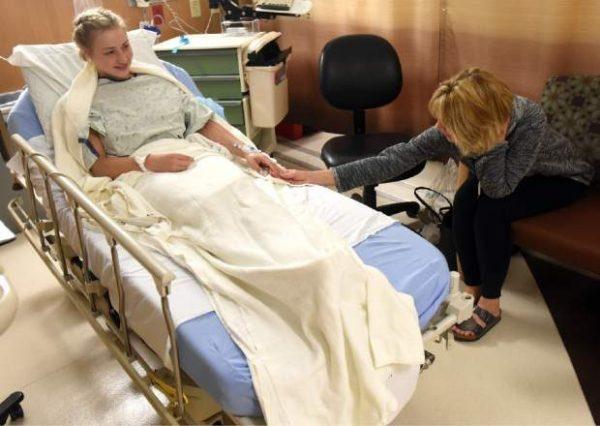 They acted as extra eyes for Willie when they worked early in the morning and late into the night. “I heard, ‘Uh, Willie, that’s upside down,’ a lot,” said Willie. “It’s pretty much a new car now.” Although Willie won’t say how much money he put into the car, he says it’s in the thousands, but that’s not much compared to what Layne sacrificed.

The 21-year-old has become like family to the Elders. Although there are strict rules about enticing or paying donors for an organ, they say Layne asked for nothing from them for her donation. The car is simply a thank you for her sacrifice.

One year to the day that Layne revealed herself as Sandi’s donor, Sandi and Willie presented the car to Layne. They told her it’s a fun weekend car and not something to drive all the time, but she loved it. 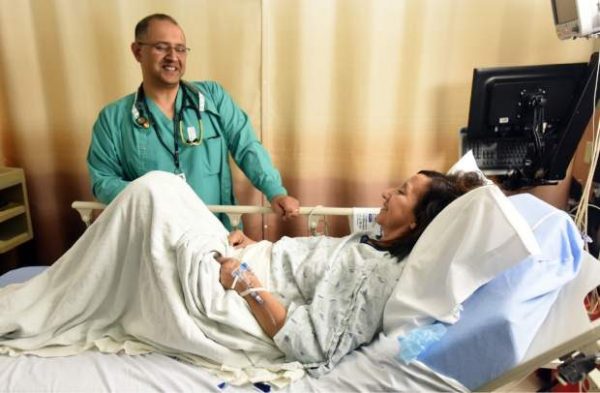 She cried hysterically and says she plans to use it the way that Willie intended. She says it will be a fun way to go somewhere for a weekend. The dashboard has a special message to Layne from Sandi. “My Hero For Life! 5/31/2017.”

When the surgery took place, Willie was worried about Layne who was barely 20 at the time. When Sandi was yelping in pain moments after waking up, Willie looked at her and said, “Layne’s surgery was worse.”

Now looking at his wife, who had tears in her eyes thinking about the chances she will have to see her grandchildren grow, he’s grateful for the sacrifice that Layne made for his wife. Sandi has a nickname for her tough husband. She calls him “Stoic ‘Ole Willie.”

But there’s one thing that can melt the hard exterior, and that’s the mention of Layne Pachl who saved his wife’s life. When Willie hears her name, he starts crying. “I got the better deal,” Willie says about sending off the Mustang with Layne. Despite the money and hours he put into it, he still says Layne was the one who made the sacrifice and he’ll forever be grateful. 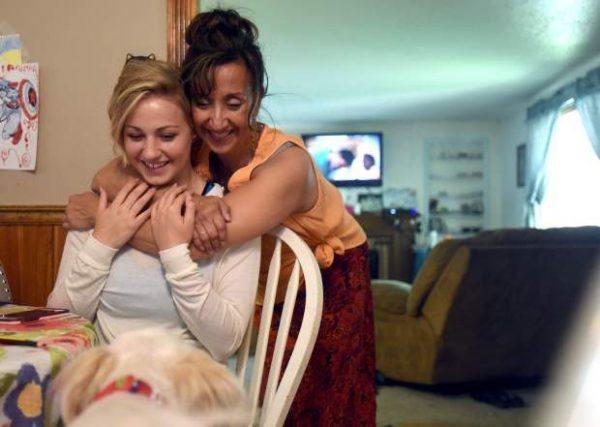 Who doesn’t love an amazing story with a happy ending like this? Be sure to share this heart warming story with your family and friends.