For one Texas teenager, he says he did what he felt was right. Now his act of kindness has led to an unusual and unexpected friendship with the woman who he went out of the way to help.

It was a sweltering Texas day and the sun was beating down. Louis Jordan was waiting downtown for his mother to get off work so he could take her home. That’s when he saw the elderly woman sitting in her wheelchair with no protection from the hot sun.

She was waiting patiently at the bus stop, but was sweating under the blazing sun. Louis says he knew he needed to help her. That’s when he remembered that he had an umbrella in his car. He grabbed it out of the trunk and walked over to the woman and shaded her from the sun. 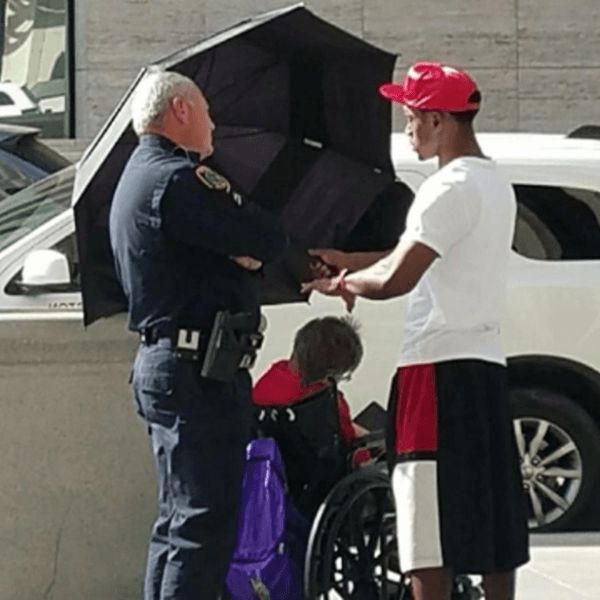 The woman was surprised by the young man’s gesture and the two sat and talked while waiting on the bus. The Metro Life was running a little slow that day and so the two sat outside talking for what Louis says was probably 45 minutes to an hour.

As Louis’ mom finished up work, she walked outside to find her son helping the other woman. She captured the moment in a sweet photograph that has been shared around the internet thousands of times. “I’m a proud mama,” said his mother Bernadette. “He’s just full of surprises. That’s all I can say.” 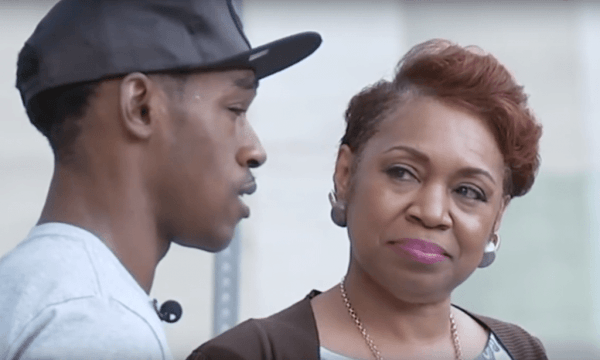 While it sounds like a happy ending, the story gets even better. Louis and the woman, Michelle, have formed a friendship and every time Louis sees her he rushes out with his umbrella to protect her from the sun.

“We laugh and joke,” said Louis. “She’s in a book club and come to find out she likes pork chops. I owe her some stuffed pork chops.” 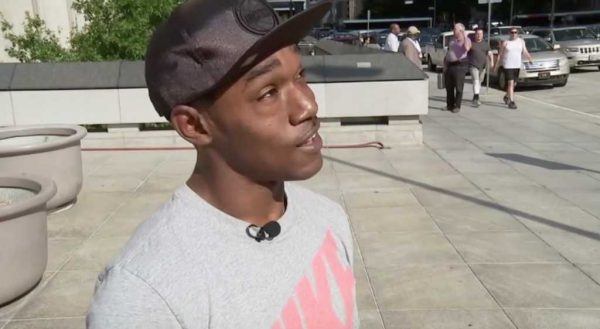 As for his kindness, he says he’s been the person having a hard time in the past and now he does his best to try to help other people. “I pray that God allows me to be used every day,” said Louis.

This young man is proof that not all of today’s youth fall into the stereotype of lazy, selfish children who only care about themselves. Check out the video of Louis’ amazing story and if it gives you hope for future generations like it did us, please share this story with your friends.