When you think of the King of Rock, who comes into your mind? Elvis Presley of course! Decades after his death, the rockstar’s music continues to be loved by generations of people around the world. And one fan in particular nearly had her dreams come true.

Elvis is one of the most impersonated celebrities of all time. You can see plenty of the impersonators if you’ve ever visited Las Vegas. But Vegas isn’t the only place you might run into an Elvis wanna be. For some people, it was an Arkansas Walmart where they got to see Elvis give a live performance.

Shopper Don Luper says he was doing his weekly shopping when he spotted an Elvis impersonator carrying a microphone and singing through the store’s intercom system. He was dressed in a signature bedazzled jumpsuit and was singing “Can’t Help Falling in Love.” 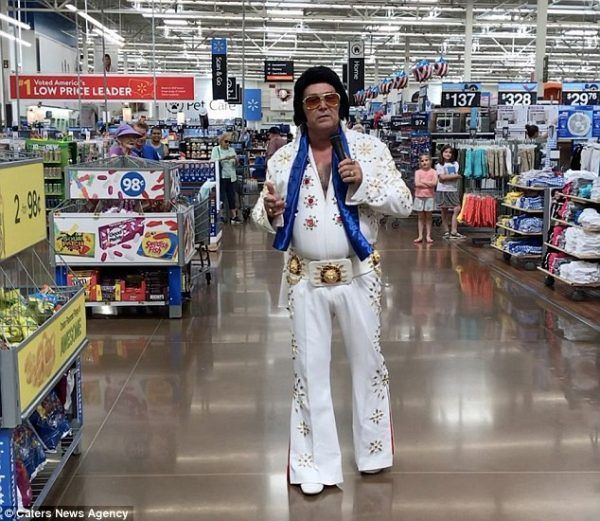 Luper says he started filming the impersonator who made his way up and down the aisles singing, but no one seemed to pay much attention to him. When he began rubbing the bald head of man in a checkout line, he garnered a few chuckles, but that was about it.

However, when the Elvis impersonator walked up to an elderly woman in a wheelchair, people started paying attention. The object of Elvis’ affection was quiet to begin with, then started singing along with him. 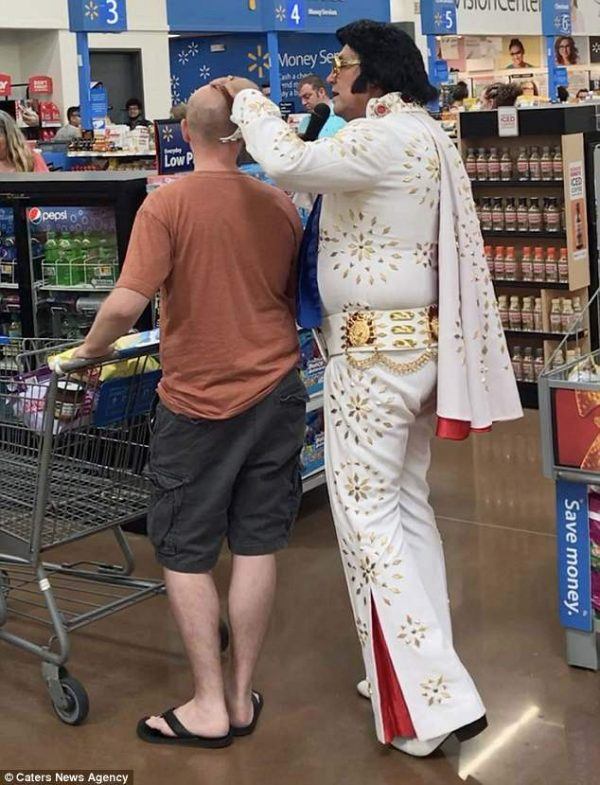 Elvis reached out and took her hand as he sang, “take my hand” during the song. “It seemed like the lady was taken back in time and was singing to the King himself,” said Luper. “It had clearly made her day.”

As the duet came to an end, Elvis gave the woman his blue scarf and kissed her on the cheek. Check out the adorable video below and be sure to share it with your friends too.