Brynjar Karl Bigisson is a 10 year-old boy who just built a lego model that has broken the world record for the largest ever made!

A native of Reykjavik, Iceland, Brynjar recently completed a 26-foot long, 5-foot tall replica of the Titanic. It took him over 700 hours over the course of 11 months to complete, but his efforts have just paid off big time! 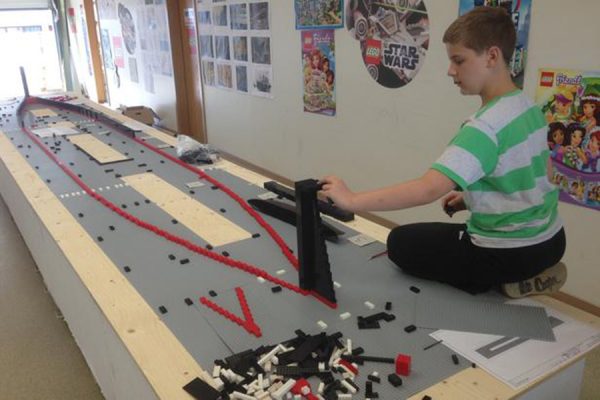 Brynjar has loved playing with Legos ever since he was 5 years-old.

“I sometimes built from instructions, and sometimes, I used my own imagination,” he said.

Brynjar has a huge interest in ships, and he has been fascinated by the Titanic for years. Last year, he decided that he wanted to make a replica of the Titanic himself.

“When I traveled with my mom to Legoland in Denmark and saw for the first time all the amazing big models of famous houses and planes, locations, and ships, I probably then started to think about making my own Lego model,” he said. “By the time I was 10, I started to think about building the Lego Titanic model in a Lego man size.” 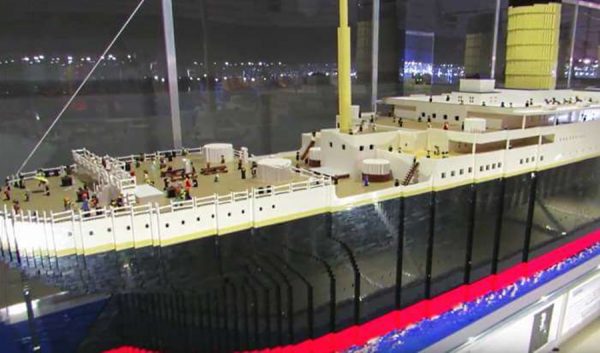 Brynjar’s grandfather Ogmundsson is an engineer, and he helped his grandson scale down the original Titanic blueprint. The project ended up using 56,000 Lego bricks, and donations from family and friends helped them afford the Legos.

Brynjar said the project helped him embrace his autism, as it gave him more confidence.

“When I started the building process, I had a person helping me in school in every step that I took, but today, I’m studying without any support. My grades have risen, and my classmates consider me as their peer,” he said.

Brynjar was so successful in this project that his Lego model has been shipped to the Titanic Museum Attraction in Pigeon Forge, Tennessee, where it will be on display for a year!

SHARE this story so your family and friends can see this amazing model as well!