As a mother of three children, Jackie Johnson-Smith is used to nursing her babies all over the place, whether she’s in public or in private.

When she recently went out to eat with her husband and kids, Jackie thought nothing of nursing her youngest baby at the restaurant when the little one got hungry. However, after the meal, she received a note from her server that she was never expecting.

Since she’s on her third child, Jackie has seen all kinds of reactions to her nursing her babies in public, and she no longer has any fear of backlash.

“I have breastfed three children… I have breastfed them in countless of places both pleasant and unpleasant, discreetly and out in the open. I have gotten many looks and stares…” Jackie wrote on her Facebook page.

As Jackie nursed her baby in a booth at a pizza restaurant in Des Moines, Iowa, her server Bodi said nothing to her at first. 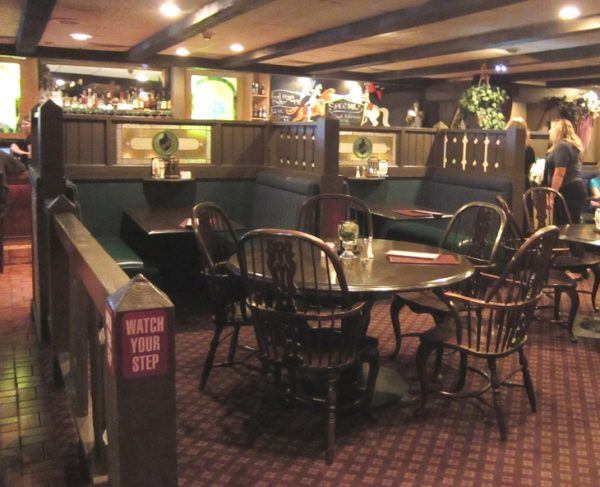 When her baby became fussy, Jackie decided to excuse herself so that she would not disturb the rest of the restaurant with the noise. It was then that the unsuspecting mother learned what her waitress really thought of her.

“The waitress gave this receipt to my husband. I was speechless and emotional. Although I don’t need a pat on the back for feeding my child, it sure felt amazing,” Jackie recalled.

It turns out that Bodi had written a note on the receipt that read, “I bought one of your pizzas. Please thank your wife for breastfeeding!” 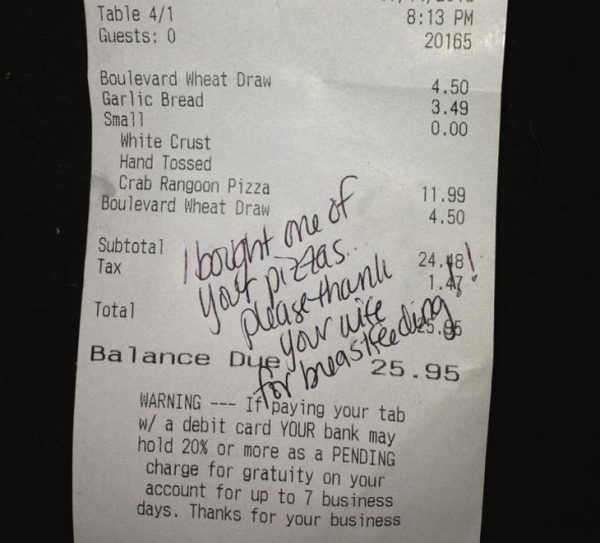 How sweet is that?!

Jackie was incredibly touched by this gesture, saying that it erased any backlash she has gotten from others for breastfeeding in public.

“It is amazing how we women can make each other feel when we empower each other,” Jackie concluded.

Women put each other down far too often, so please SHARE this story so we can show the world what happens when women come together and support one another!