Celine Dion’s “My Heart Will Go On” has been incredibly popular ever since it was featured in the 1997 movie “Titanic.” Ever since Leonardo DiCaprio and Kate Winslet shared their first kiss to the tune in the film, couples have been trying to recreate the scene on cruise ships all over the globe!

Alexa Scimeca-Knierim and her husband Chris Knierim decided to recreate this scene in a very different way when they performed to “My Heart Will Go On” during a recent competition. Years before winning a bronze medal at the 2018 Winter Olympics, they gave a performance that had them become fan-favorites to the captivated audience! 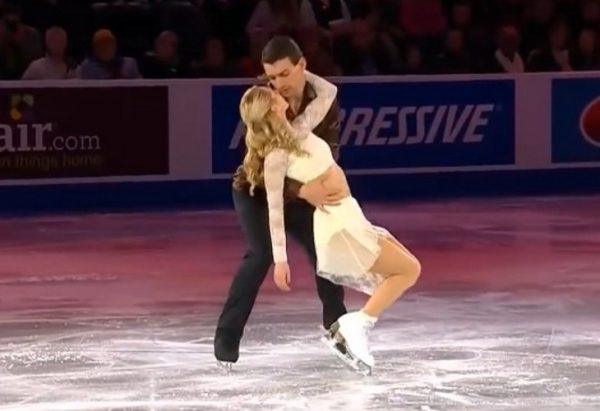 As the music started to play, the crowd fell completely silent as they were hypnotized by the real life lovebirds’ amazing moves. Watch for the moment Chris lovingly picks up his wife and flips her around in the air as if she weighs nothing! 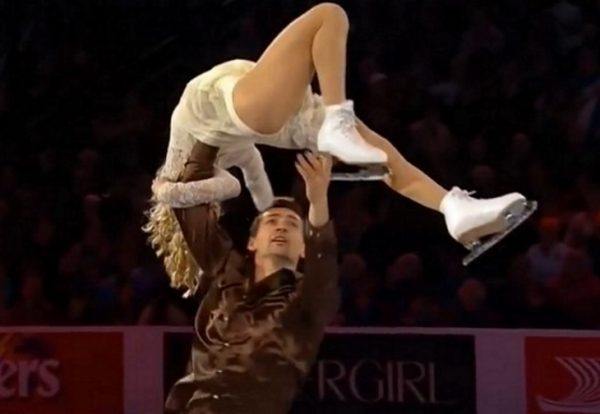 By the end of the song, the crowd was on it’s feet for the pair, who could not have been happier with how their time on the ice went! The entire scene was a moment Alexa and Chris will treasure for the rest of their lives.

After the hard work they put in at the Olympics, Alexa and Chris were excited to get some much needed vacation time.

“After the Olympics, Alexa’s sister is getting married and we’re going on a cruise in Alaska,” Chris said.

“Yeah, and then maybe after the Olympics we’ll take our honeymoon ‘cause we haven’t yet,” Alexa said, and Chris added, “That would be a good idea!”

They certainly deserve a break after this magical routine! Check out their performance in the video below!